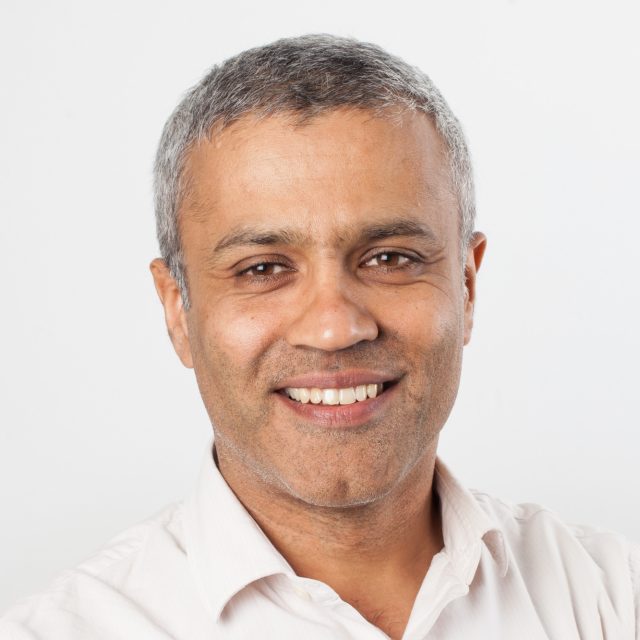 Pooran studied at Oxford and Cambridge Universities before co-founding Bioregional in 1994 and Oneplanet.com in 2018

He has worked on Bioregional projects and enterprises in sustainable forestry, (woodland management and products), farming (reviving the lavender industry of south London), recycling (converting tree surgery waste into biomass for energy) and real estate development.

In 2019 he co-founded and became CEO of Oneplanet.com, a digital platform to make One Planet Living® widely available.

Pooran has also worked on policy, chairing the UK Department of Environment, Food and Rural Affairs’ advisory group which recommended A-G mandatory energy ratings for homes which became national UK policy in 2007. He was voted in the UK’s top five most influential people in construction for the decade in 2010, received a 2009 Skoll Award for Social Entrepreneurship and a World Economic Forum 2011 Schwab Award as European Social Entreprenuer of the Year.

He is a keen advocate of Vipassana meditation, is training to be a karate instructor and enjoys growing vegetables on his allotment