A who’s who of One Planet Living in Australia

Suzette Jackson, Director of Bioregional Australia, shares how a panel of sustainability leaders in Australia came together at Perth’s National Planning congress to share insights from the frontline of creating One Planet Living 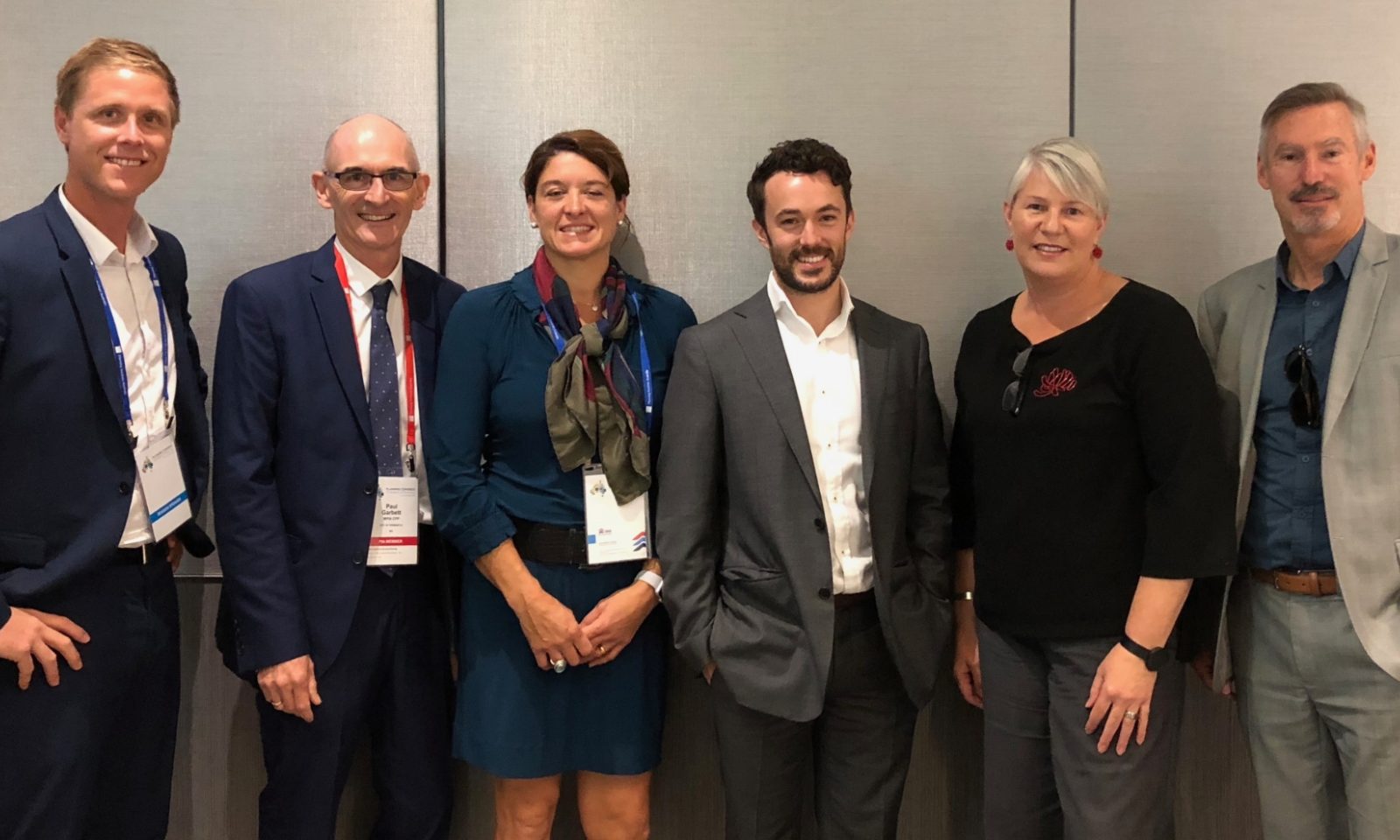 In May 2018, Bioregional Australia was delighted to co-host a panel with our One Planet Partner LandCorp, a land development agency, at Perth’s National Planning congress.

The topic? One Planet Living of course. We’re really proud to have a number of highly committed One Planet champions across Australia including communities, companies and cities. All have ambitious sustainability action plans that detail what they will do to achieve One Planet Living across its ten principles.

I was chairing the panel, and it was fantastic to hear insights from the ground – how these organisations are using targets framed by One Planet Living to deliver sustainable change, as well as what they have achieved along the way.

Two strong themes emerged from their comments. First, that the holistic nature of One Planet Living is one of its key strengths as it allows organisations to tackle all of the sustainable challenges and opportunities they face.

And second, the importance of regional partnerships - and how they are helping drive change by drawing on wider expertise and leverage.

Our One Planet Living leaders – and their soundbites

Paul Garbett, City of Fremantle Director of Planning and Strategy

The City of Fremantle became a One Planet City in 2015, with its ambition to create a ‘One Planet’ lifestyle for the council, its 30,000 residents and business community by 2025.

Paul emphasised how the comprehensive nature of One Planet Living has made it work for a whole city:

“The use of the One Planet Living framework has helped drive behaviour change throughout the city as a relatively large, complex organisation. Rather than sustainability being seen as a ‘planning’ issue or an ‘environment’ issue, some aspect of one or more of the ten principles are recognised by staff throughout the organisation as having relevance to their role and the services they deliver.”

Brad Pettitt, Mayor of Fremantle, echoed this in his quote for our Annual Review 2015: “I’ve learned that you can’t just tackle one aspect if you are going to be a sustainable city. You need to come at the challenge from different angles and One Planet Living provides that framework.”

LandCorp is leading WGV at White Gum Valley, a One Planet Community, in Perth. This self-build development is creating a vibrant community of more than 80 homes with a people-friendly, rather than car-dominated, layout and lots of green space.

Greg has been working with One Planet Living at WGV for four years with regional collaboration to embed actions and change behaviours at WGV:

“At WGV, we have strong partnerships particularly with the Curtin Uni research team, a supportive local authority and an engaged community. The impact is real with tangible outcomes due to research outputs such as the CRC Low Carbon Living Laboratory.”

This ‘Living Laboratory’ is following the whole WGV process, from construction, to completion, through to occupancy. There’s a focus on the mechanism used to achieve low carbon outcomes, their acceptance and uptake, with a view to making them mainstream.

Cundall has used One Planet Living since 2012 when it became the first engineering consultancy to have its action plan endorsed by Bioregional. Since then it has used the framework on numerous projects around the world.

Oliver was a ‘One Planet Integrator’ at Liv Apartments (see below) and has been working with the framework for many years, both in the UK and Australia:

“One Planet Living has provided us with a holistic approach to capturing and aligning all our goals and actions at a corporate level, through application of the ten One Planet Principles,” explained Oliver. “It provides an effective way of drawing together more specific strategies and actions focused on single themes or issues, e.g. sustainable urban growth, climate change, greening strategies, water conservation, waste management.”

Yolk Property Group is the lead developer for Evermore WGV, which is an apartment development located within WGV at White Gum Valley. It was recognised for its commitment to One Planet Living in 2017 with its emphasis on community, zero carbon energy and water consumption.

Located in Fremantle, Perth, Liv Apartments is One Planet Community is designed to make it easy, attractive and affordable to live a ‘One Planet’ lifestyle. Defence Housing Australia, the lead developer, is committed to creating vibrant, healthy and sustainable communities.

Both Tao and Astrid spoke about their experiences using One Planet Living to support sustainability within residential communities, and how they have piloted new initiatives. For example, Liv Apartments will have an online hub designed to facilitate resource sharing like children’s toys or DIY tools – helping foster community and reducing waste.

Evermore WGV is pioneering shared solar technology and is aiming to achieve 80% renewable energy with residents expected to benefit from a 30% saving on their ongoing electricity bills.

It was lovely to have so many of our partners in one place swapping stories and sharing expertise. We look forward to sharing more about their progress, as well as more organisations joining them to pioneer One Planet Living in Australia.