Flying in the face of climate change

I’m an environmentalist who loves aeroplanes. Since I was tiny their beauty, ingenuity and grandeur have enthralled me. You step into one of these shapely creations which then shrieks and roars into the air at great speed. Soon afterwards you step out into different climate, culture and scenery. Wonderful. Amazing. 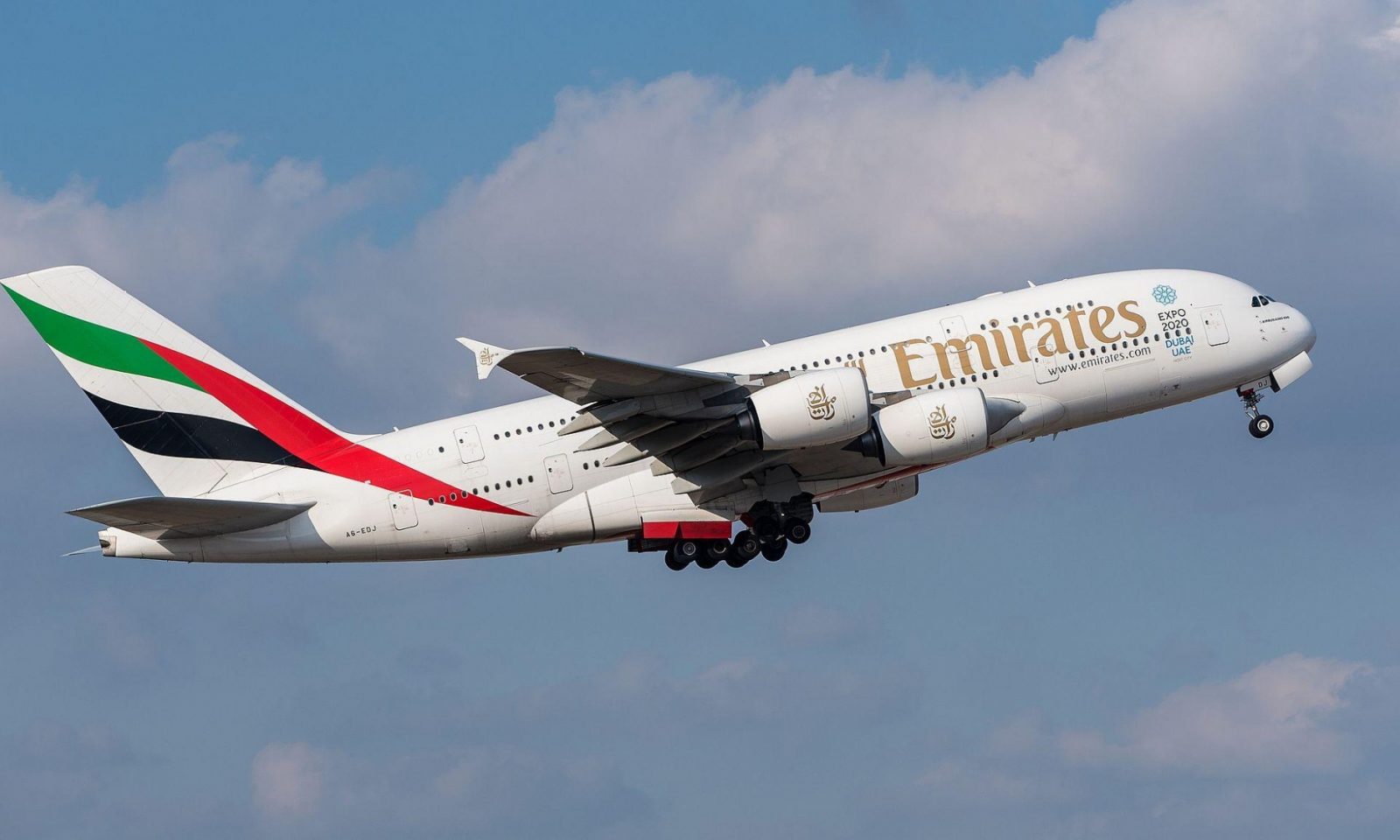 But they sure pollute. Flying hundreds of people close to the speed of sound for hours on end, 11 kilometres up, takes a lot of energy and burns a lot of fuel.

The world’s biggest passenger jet, the majestically chunky Airbus A380 pictured above, carries up to 320,000 litres of kerosene -about the same volume as your local leisure centre’s 25 metre pool. By the time this gigantic flying tank lands nearly all of that fossil fuel has turned into more than a thousand tonnes of climate-changing carbon dioxide gas and water vapour injected straight into the stratosphere.

In a few weeks my wife and I fly to Australia to spend some time with our kid. He is a diving instructor whose living depends on the health of the Great Barrier Reef, which is seriously threatened and already being changed by global warming.

We need to talk about flying and footprints and personal responsibility for climate change. Given that it’s peak holiday season, now is good.

Our journey there and back is just under 37,000 kilometres – six times further than I travel in a year commuting to work by train and bicycle. Using UK government conversion factors, I find my share of the total fuel burn will be nearly a tonne (0.85 tonnes, about ten bathfulls of kerosene) which will become 2.7 tonnes of carbon dioxide. If I was flying business or first class it would be rather more.

If this colourless, odourless, heat-trapping gas was at the earth’s surface, at ground level air pressure, then 2.7 tonnes of pure C02 would fill three average-sized houses.

But it isn’t; it’s way up high. There, the water vapour and aerosols in jet exhaust create additional high altitude cloud which traps yet more heat in the atmosphere. The size of this effect isn’t fully understood, but those same government conversion factors say I should almost double the carbon footprint of my Australia trip to around five tonnes to account for it.

Now, the average UK resident causes 11 tonnes of CO2 to be emitted in a whole year, estimated on the basis that we take responsibility for carbon emissions from all of the goods and services we consume (including flying). So the Australia flights add enormously to my carbon footprint, which I guesstimate is ordinarily around the UK average.

What to do? Perhaps I should cut out half of the rest of my footprint, but that would involve changes like never driving and no heating in winter.

So I am offsetting my aviation carbon by paying someone else to cut their emissions instead. That’s easy: I can make an affordable online payment via one of several websites I’ve Googled in a few minutes. But it’s harder to persuade myself that I’m really compensating for my big trip’s climate damage.

Carbon offsetting has its share of problems. Can I verify that the carbon savings I am paying for are genuinely additional, and would not have happened anyway? Even if I could, it is difficult to accurately estimate how much carbon any particular project will save and therefore how many tonnes my payment will curb. Carbon reductions from tree planting and forest conservation are particularly hard to confirm given scientific uncertainty. The whole approach is vulnerable to scams and there have been some serious abuses.

Hanging around it all, like a bad smell, is the thought that somehow it is morally wrong to pay others to cut carbon on my behalf. There was once a website which mocked the concept; you offset your own adultery by paying others to be faithful for you.

Yet we have firm plans to fly to Australia. For me, the essence of the problem is that carbon offsetting is a niche activity. You have to do your own research and take a lot on trust. It’s not like buying a mass market product, where I know that the millions and millions of previous interactions between businesses, customers, regulators and the media all help me to find exactly what I want and be confident it will perform as promised.

I blame the airlines for this lack of a deep, wide, information-rich offset market. Aviation offsetting’s credibility problems could be overcome by this huge and fast-growing industry if it put in the effort required to make it easy and assured. Every passenger should be offered the chance to offset when they purchase their flight, be it directly or through a price comparison website. Airlines should take responsibility for ensuring the promised carbon savings are delivered.

None of them do. A few years ago some did, at least in the UK. These days, if they do have a customer offset scheme, then information about it is deep in their websites with the onus on the customer to find it.

I looked at the buried offset offerings of three airlines we are using for our Australia trip. Why three? Hong Kong and Beijing are on our travels (adding an extra 2,500 km) and we got the best air fare price by combining three airlines. I also sought out offsets from Virgin Atlantic, which also flies down under, and five other offset providers found online, two based in the UK plus ones in Germany, Switzerland and the USA.

What I found is in the table below. Their estimates of the amount of CO2 emissions caused by one passenger’s return flight to Sydney ranged widely – from 2.9 tonnes to 9.9 tonnes. (One outfit gave me an estimate of 38.4 tonnes; so absurdly high that I left it out).

There was an even bigger spread in the costs of the offsets to cover these emissions. The lowest price I got was £8 (Cathay Pacific), while the most expensive was £510 (MyClimate). That reflects variation in the fees charged by the different providers and the costs of the carbon-saving projects they fund. MyClimate’s priciest offer was for projects in Switzerland, not the cheapest place to operate.

Not all providers took account of which cabin class you flew in. All but one had something to say about using a verification standard to demonstrate that your money was buying genuine carbon savings. The table has links to online information about these various different standards; wouldn’t it be nice if there was just one really good one which everyone used?

I found Virgin Atlantic’s proposition the least attractive of the nine. It refers to its 2015 portfolio of projects, even though we are now more than halfway through 2016. And all of the carbon savings being claimed were made at least four years ago.

I want my carbon-saving guilt money to go into live projects which help poorer communities in developing countries to conserve, restore and benefit from their forests while protecting wildlife. Or for them to benefit from clean and renewable energy sources, so that they can enjoy a rising standard of living without having to go down the fossil fuel route.

To my mind, the most attractive offset offer came from California-based Cotap – Carbon Offsets to Alleviate Poverty. They support small scale, community-focussed forest conservation projects in developing countries. Cotap provides lots of information about where the money goes and what these four projects do.

But I don’t have enough solid information to make a recommendation. I’d advise anyone interested to look at the different offerings I found (and any others you hear of) and make your own choice. If only the airlines would step up to the plate and offer every passenger a credible offset, or a choice of offsets, when buying a ticket.

I spread my money among three – Cotap, Carbon Footprint and Cathay Pacific – to cover ten tonnes of aviation CO2 caused by the two of us. It will cost us less than £100 and about 3% of the price of the air fares.

But it’s not a long term or universal solution. Aviation needs to decarbonise or slow its growth or both. While it represents only a few per cent of total global greenhouse gas emissions, its share is growing rapidly.

Aircraft are becoming steadily more fuel-efficient, but not fast enough to compensate for the global growth in flying. There is no prospect of fossil fuel-free passenger planes coming to market in the next 20 years. Aviation biofuels look like being a lousy idea; we need the land for wildlife and for growing food, not fuel.

The aviation industry has talked and promised a great deal, but the gap between what is required and what is being delivered widens.

People who have to fly on business should ask their employers to offset their aviation emissions. People who fly lots for pleasure should cut down. Going to Dubai for a long weekend may seem cool but you’ll be doing way, way more than your fair share to dangerously destabilise our climate.

And if you feel you have to fly, find the best offset you

Offsetting the CO2 from a London Sydney return flight - one passenger, economy class

Links to offset providers and the standards they use (provider / standard):