A walk round a One Planet Living community

What does a place designed using One Planet Living look and feel like? Sophie Maubon from Waugh Thistleton Architects enjoys a tour around one of Western Australia’s people-centred One Planet Living communities 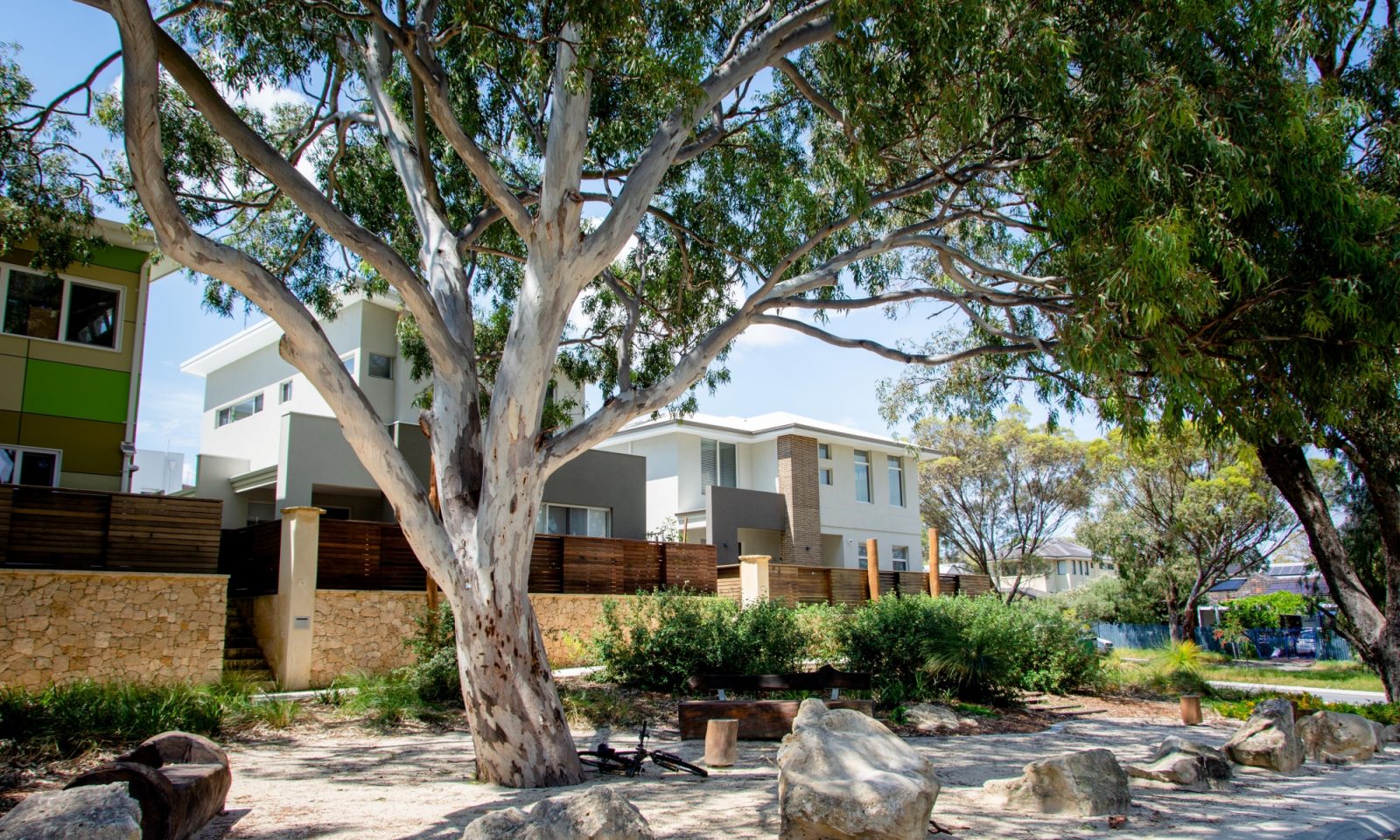 Visiting WA for the first time, it is striking how low-rise buildings and single house plots dominate the local urban grain, with the cities and suburbs merging together and sprawling along the coast. I felt LandCorp’s development challenges this environment by introducing increased density, with a mix of houses and apartments that are more inclusive and integrated than other areas of the city.

I had the pleasure of being shown around by Warren, Greg and Anna from LandCorp on a beautiful summer morning in December. We met in one of the generous public landscaped outdoor spaces that characterise the development. As we walked around it was remarkable how established it felt although the development is still underway – there are still some empty plots in the centre of the site, including the forthcoming innovative Baugruppen scheme.1

I believe it feels this way because of a combination of the variety of building styles, with some creative approaches to the self-build plots, and the excellent communal landscaped areas. There are a few stand-out properties, including two homes that were built together using innovative and sustainable building materials and processes, with a shared roof garden on top of their garage. Also those on a single residential plot that has more than one home, for example, the Gen Y demonstration house incorporating three homes designed to be affordable for younger people.

The communal landscaped spaces create a soft edge between streets and houses, with shading from retained mature trees and furniture made onsite from trees that had to be removed. Notably on Hope Street the storm drain, which would normally be fenced off elsewhere in the city, has been transformed into a wonderful accessible garden full of native species. I’m told it has become incredibly biodiverse with wildlife being relocated here from other sites! 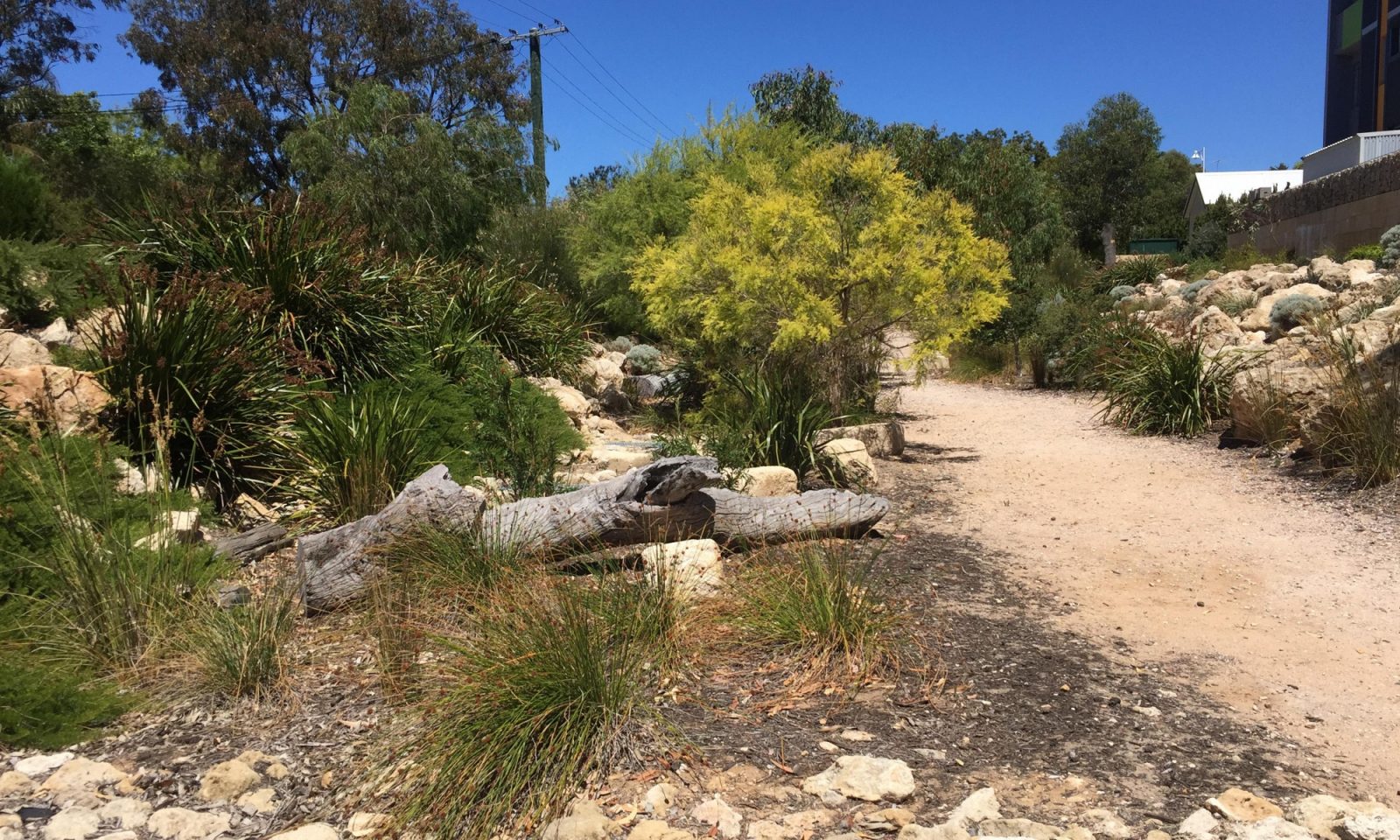 The overall approach is certainly a people-friendly one, cleverly mixing different home types and sizes without segregation, and creating attractive, safe and active streets supported by the green spaces throughout the site that meet the surrounding neighbourhood seamlessly.

This is all on top of the largely hidden sustainability performance of each of the homes benchmarked in LandCorp’s design standards on thermal efficiency, environmental and climate responsive design. These encourage passive solutions to local challenges. For example, reducing overheating by optimal orientation of homes and windows thus avoiding the dependence on air conditioning that has become the norm, and harnessing available resources such as the sun through solar photovoltaic panels.

At White Gum Valley, I believe the design standards, underpinned by the One Planet Living Principles, demonstrate how sustainable choices help to deliver real quality of place, and I really look forward to seeing how the last pieces of the puzzle progress!

Sophie Maubon is a Project Architect at Waugh Thistleton Architects, a Shoreditch based architectural practice producing thoughtful and sustainable projects in its own neighbourhood and beyond.

Discover how we can help you use One Planet Living to create sustainable homes and communities.

1 This is a successful European model of housing where people come together to be the developer of their own higher density homes.