Lessons from South Africa: One Planet Living on a budget – part 2

A classroom refurbishment project in Durban had a tight budget and sustainability ambitions – could it meet both? After fixing up the classrooms, phase 2 was all about the toilets. In part 2 of this blog, Sarah Alsen, our Bioregional South Africa representative, shares how the team cleaned up 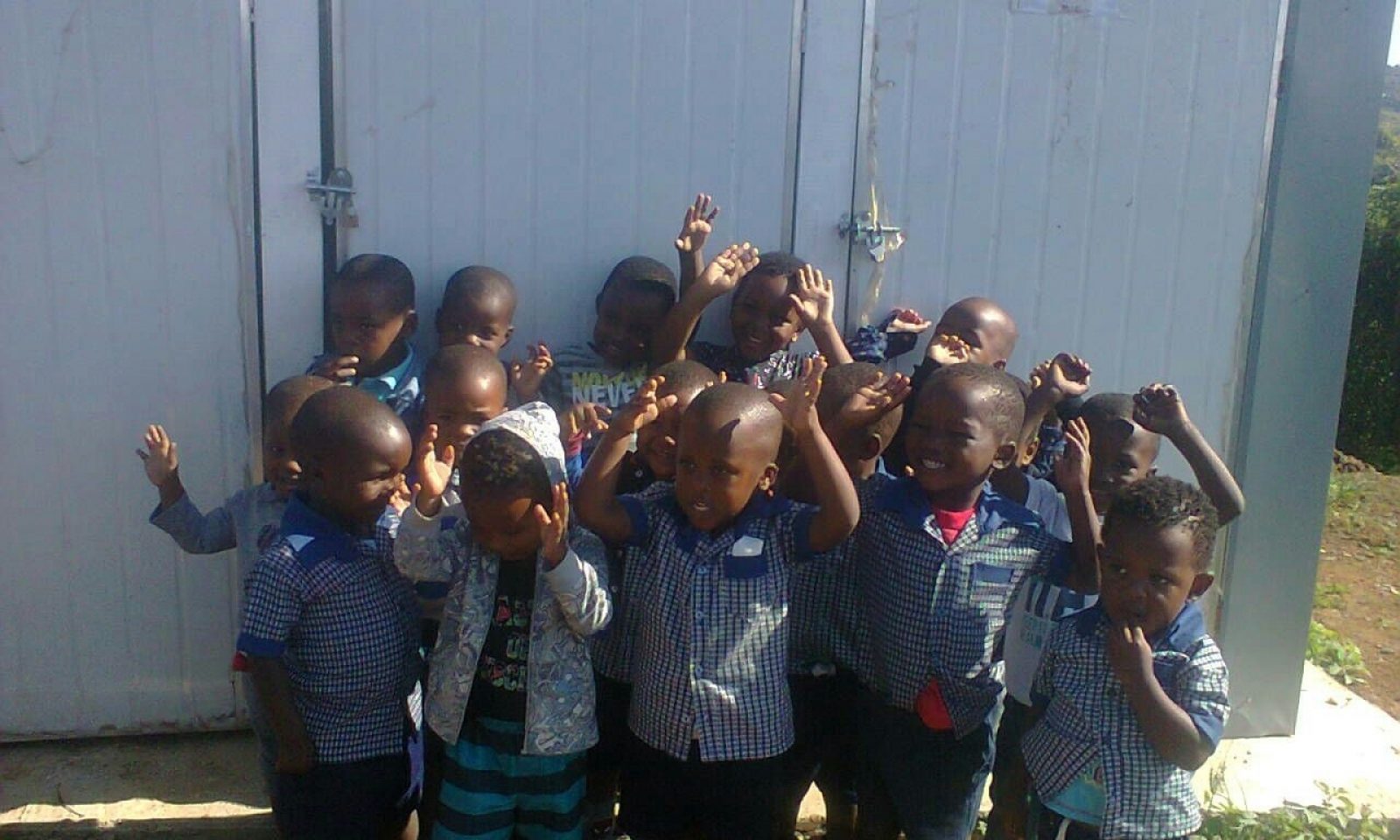 In August last year I wrote about phase 1 of a classroom refurbishment project at Langalibalele Primary School in Inanda, Durban. Happily, at the end of January 2018, just before the school year started, stage two of the project was completed: the installation of three waterless toilets.

We’d had success with Phase 1 – fixing up two dilapidated classrooms offered up by the school. The school hadn’t used them for years and was not likely to again, so it was happy for the crèche to move in and become part of the school community.

So, the crèche now had a fantastic new home ready for the new school year. The problem was, it didn’t have access to a toilet.

There were two main challenges at hand: Firstly, piping water over to the crèche, at the far end of the school, would be an expensive exercise. It would also add to ongoing costs – something crèche owner Zethu Langa was keen to minimize. Secondly, water in Durban, as in the rest of South Africa, is a scarce resource. We already had a rainwater harvesting tank installed for washing hands – but what about the toilets? 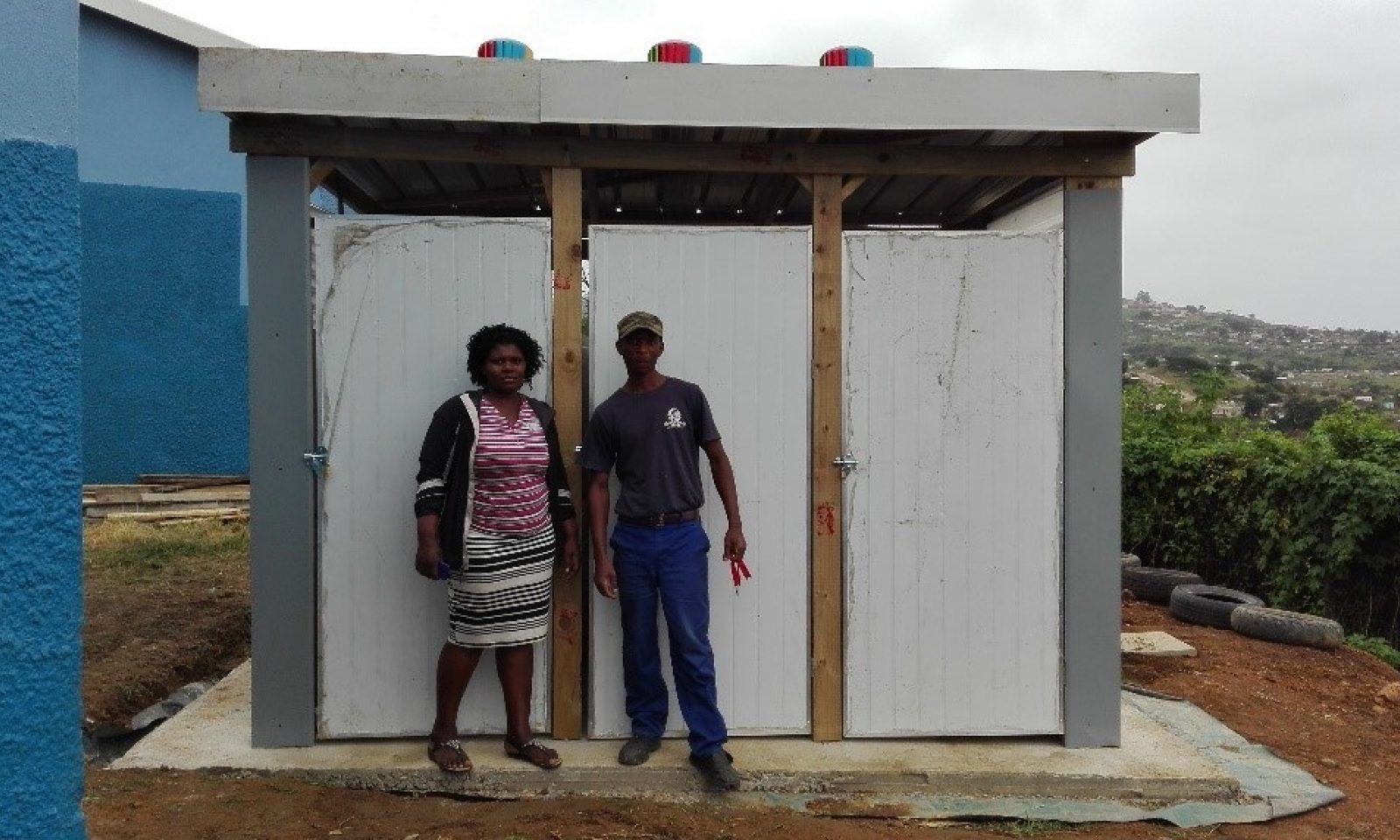 Crèche owner Zethu Langa with one of the builders

A dry sanitation system, Enviro Loo, provided the answer. Each Enviro Loo has a sealed unit that captures and treats waste through the natural processes of dehydration and evaporation, with no contamination to the outside world. It’s odourless, requires little maintenance, conserves water, lasts over 50 years, doesn’t require sewage treatment or chemicals, and doesn’t need to be connected to the water supply.

The challenge with our limited budget was then to build an inexpensive top structure. Craig Hohls of the GILD immediately rose to the challenge. He designed a little building that was made mostly of reclaimed materials. These included insulated wall panels donated by CLA, which provided a light, clean and cool private booth for each toilet, and a roof donated by Safintra. Craig also donated a lot of materials left over from a recent home building project.

The site for the toilet had to be north facing for the system to function correctly. The best place was on the edge of the property on a level below the rest of the school. This meant no vehicles could reach the area and everything had to be done by hand with spades and wheelbarrows. 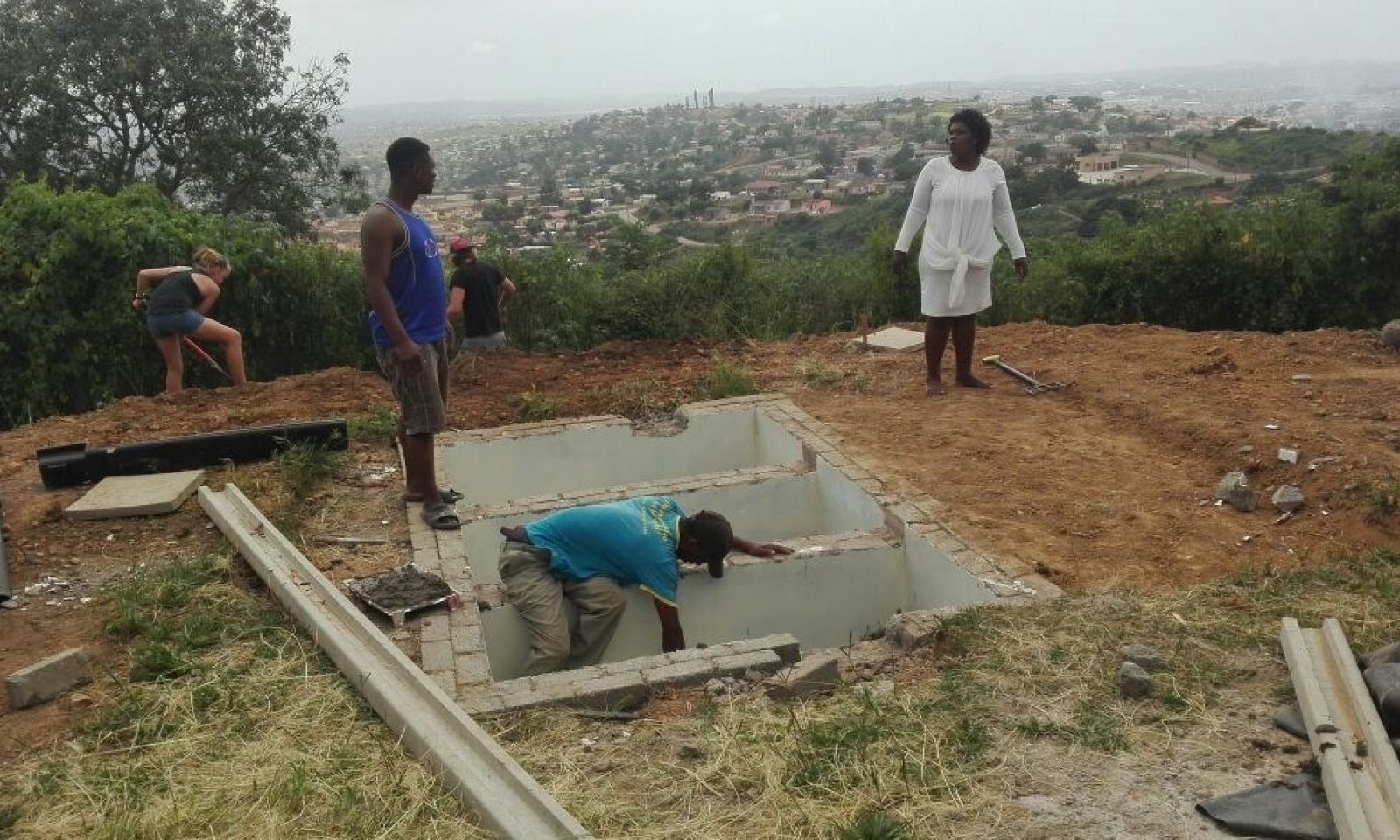 Building the toilet on the edge of the property

Digging and waterproofing the pits correctly was important, and we held our breath while the sealed units were fitted with millimetres to spare.

All in all, we ensured a 5-star delivery on recycled and reclaimed materials.

Once again we have Build It, a full service builder’s merchant, to thank for the second tranche of funding for Phase 2.

49 children moved in as of the beginning of February. Their happy smiles hopefully say it all! Certainly, the health and happiness of this one little corner of Durban has been improved, and it is a small example of what can be done on a limited budget. 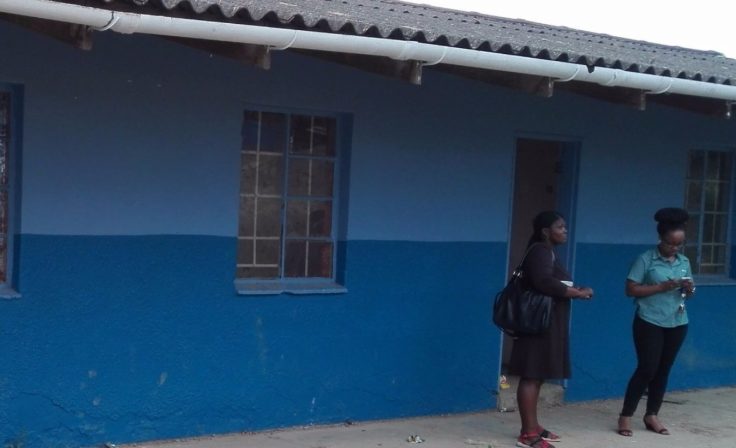 Lessons from South Africa: One Planet Living on a budget

A classroom refurbishment project in Durban, South Africa had a tight budget and sustainability ambitions – could it meet both? Sarah Alsen, our Bioregional South Africa representative, shares how creativity was essential