‘Pure unadulterated joy!’ That was the overwhelming emotion which overcame me when, with my colleagues, we spent a couple of days as guests at the newly opened Villages Nature resort on the outskirts of Paris. As an environmentalist, a healthy sense of guilt usually underpins any tourism experience – but not here

Is there any industry facing a bigger sustainability challenge? Tourism’s heavy environmental impacts are hard to reduce, but the need is urgent given how huge and fast-growing this economic sector is.

Tourism is highly fossil-fuel intensive given its reliance on transportation – particularly aviation. New projects designed to attract large numbers of visitors require big infrastructure and lots of land. The industry depends on attracting people to honeypots which are already under heavy environmental stress, or tries to create newly attractive areas – and risks despoiling them in the process.

A deep part of its problems is that environmentalism starts at home; people are most motivated to protect the surroundings where they live. Move them hundreds or thousands of miles away for a holiday and their green priorities go down a few notches.

This, then, is one gigantic green business opportunity going begging on a global scale; one which UK plc should be getting stuck into. Yet there is not a single word about the tourism, visitor and leisure industries in the Government’s recently published Clean Growth Strategy.

This family-oriented resort sited three miles from Disneyland Paris was officially opened last month and we believe it is the world’s most ambitious attempt yet to make a large new tourism development sustainable. We would love to see equally ambitious developments in Britain, and to help them to happen.

For Bioregional it has been a 12-year journey after we first became involved back in 2005, following a visit to our offices in the BedZED eco-village by Gerard Bremond, the founder of Pierre et Vacances.

Inspired by our concept of One Planet Living as a way to create an experience of ‘People and Nature in Harmony’, and by Disney’s ‘Imagineering’ process, a One Planet Experience was imagined and then meticulously engineered.

That included setting the sorts of sustainability targets we need to live within the resources of our one planet, covering the project’s entire lifecycle and monitoring progress through the years of construction and then operation.

We have supported the project ever since those early conception stages and will continue to track the sustainability of the resort now that it has opened to the public, with plans to eventually attract more than a million visitors a year.

Looking across the lake to the Aqualagon, a swimming and water play complex. Image credit: Claire Brady

Villages Nature offers 868 cottages and apartments set in a car-free landscape of lakes, woodlands, meadows and gardens 20 miles from the heart of the French capital.

It aims to help its visitors reconnect with nature in a tranquil green setting. At its heart is a gigantic swimming and water play complex, the Aqualagon, with water indoors and outdoors heated year-round to 30° C by a carbon-free, geothermal heat source. This source, more than one mile deep, provides the heating and hot water for the entire project and other tourism infrastructure beyond, reducing carbon emissions in the wider area, including Disneyland Paris itself.

Other sustainability features of this €500 million project include:

Construction of a further 215 homes will begin soon, and eventually the project could expand to provide 2,450 units. The whole development has a plan in place to become completely Zero Carbon in operation.

At Bioregional, we’ve been inspired by seeing our One Planet Framework used – in depth, and for a sustained period – from the early days of such a large and innovative development. The framework is based on ten easy-to-grasp One Planet Principles and has been used in projects all over the world, from individual homes and small organisations to major retailers such as B&Q.

It provides a simple way to plan, deliver and communicate sustainable development, so that projects and organisations support local communities and promote healthy, happy lives while respecting the planet’s natural limits.

Could similar things happen in the UK? We don’t see why not. The climate is similar to Northern France’s and if such developments led to more ‘staycations’ – as opposed to Britons flying overseas – then both the UK economy and the global environment would benefit. Tourism already represents about 7% of UK GDP, approaching £130 billion a year, according to the ONS.

Congratulations to the French for Villages Nature. But of course tourism is the most global and multi-sectoral of businesses. It would be wonderful to see UK leadership in the creative industries, architecture, engineering, transportation, marketing and several other fields applied to greening the industry worldwide.

This blog first appeared on the Aldersgate Group’s blog 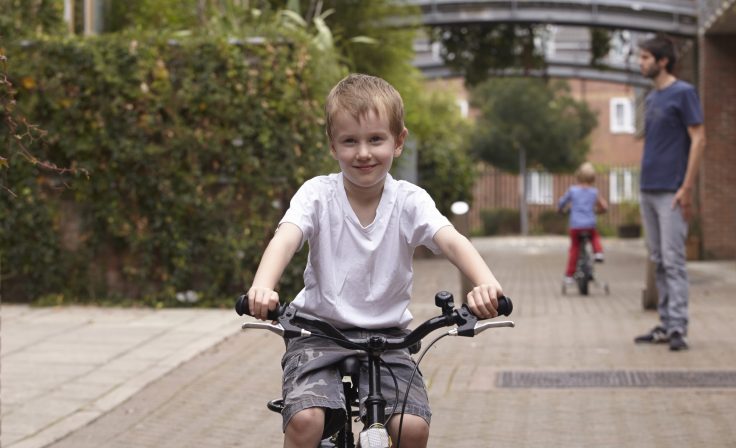 One Planet Living goals and guidance for communities and destinations 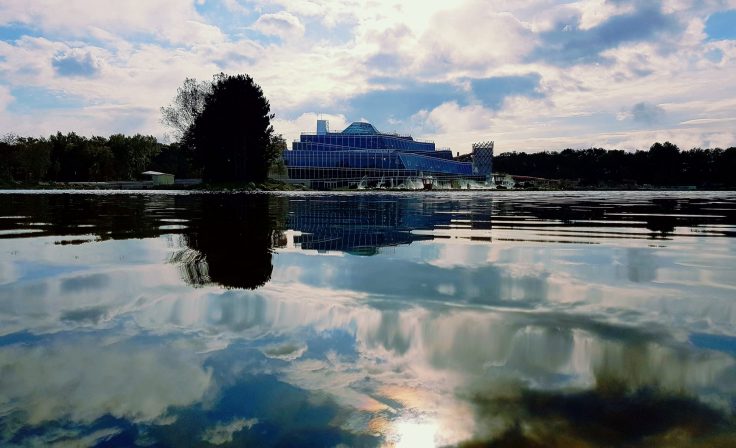 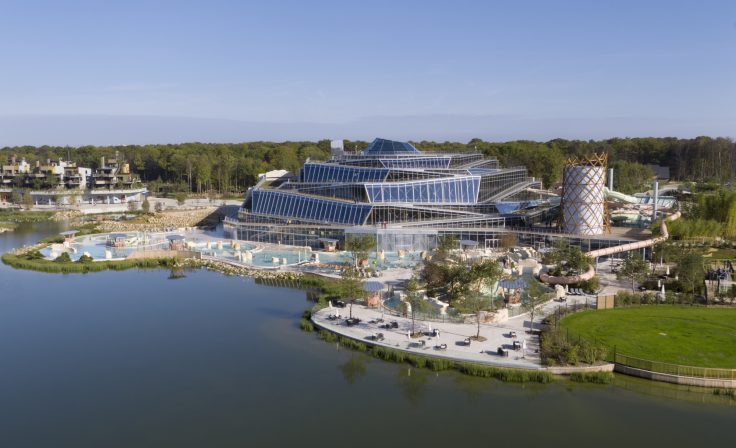 On 1 September 2017, Les Villages Nature® Paris opened its doors to the public. Pooran Desai, co-founder of Bioregional, shares the story of how this resort came to use One Planet Living and how it’s helped create truly sustainable holiday 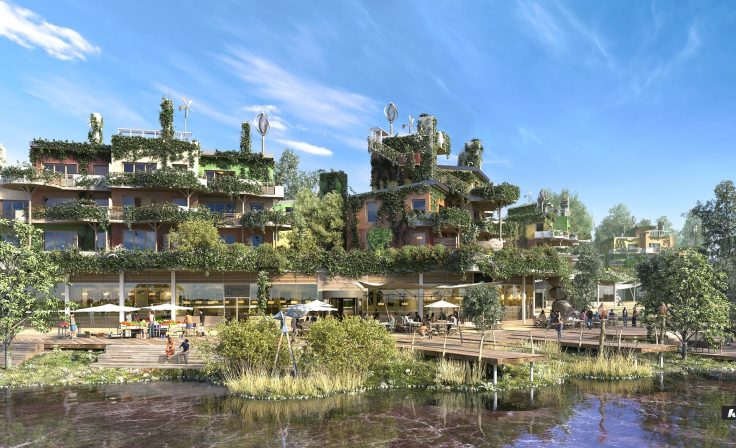 Major eco-tourist destination in Paris is a ‘globally significant’ project