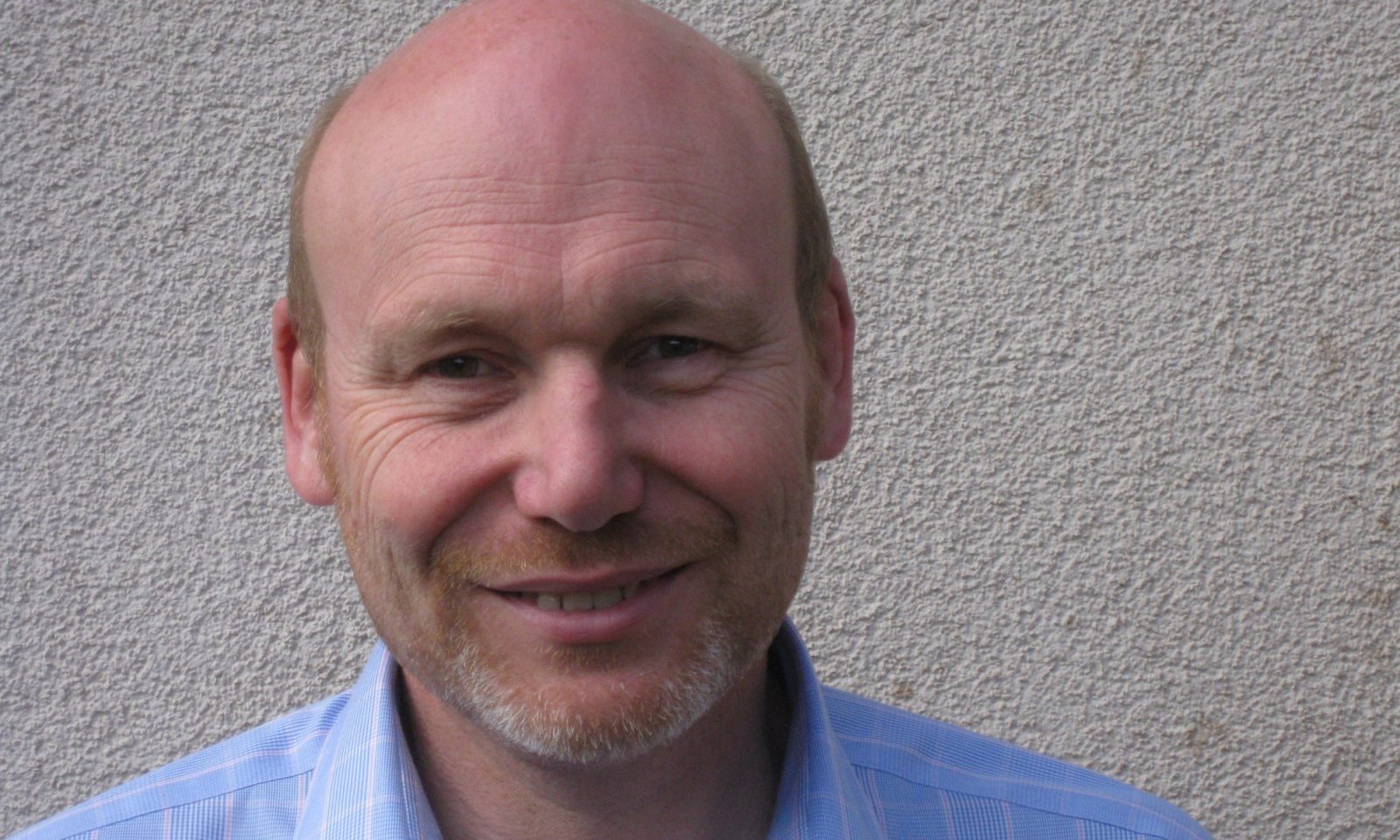 Ian Pritchett is the Managing Director of Greencore Construction, a developer and construction company based in Oxfordshire. Drawing on more than 25 years’ experience, Greencore builds highly sustainable homes and has been involved with two communities that have received One Planet Living® leadership recognition – Kings Farm Close and Springfield Meadows.

Could you tell me how you became interested in sustainability in the built environment?

I did physics at Durham University in the mid-1980s and, during the holidays, worked on building sites. I found it more fun than physics so instead of becoming a physicist, I became a builder.

Working mostly on pre-1900 buildings, I found I liked traditional building materials and methods like solid walls and lime plaster. But, as I learned more about them, people told me: ‘You can’t use that, it doesn’t comply with regulations!’ Gradually though, I realised they were wrong.

In 1990, a six-day course with the Society for the Protection of Ancient Buildings changed my life. I found the answers to the questions I’d been asking for years. From then onwards, my business focused exclusively on historic buildings and, by 2000, there were 60 of us.

During that time, I met Neil May (who, among other things, later founded the Good Homes Alliance and Passivhaus Trust and sadly died in 2018) who was keen to learn about lime plaster. He, in turn, taught me about his interest – ecological building.

I was a bit of a climate change sceptic, but Neil influenced me. I was also working on a lot of windmills, which meant looking at weather patterns. And once you do that, it becomes obvious that climate change is happening.

By the early 2000s, I was a complete convert. Having spent years working with traditional materials, I knew these were inherently sustainable, so in 2002 I set up a business – Lime Technology – to bring them to the new-build sector.

Between 2005 and 2013, I was involved in about 200 hemp homes and around 50 non-domestic buildings, including the biggest M&S outside of Oxford St and a demonstration house at the BRE.

In 2013 I parted company with Lime Technology and set up Greencore Construction, we do everything from finding the land and investors to designing, planning and building the homes. This includes two communities in Oxfordshire which have One Planet Living leadership recognition.

What do you see as the biggest opportunities and challenges in the built environment sector?

We are now clearly on a path to zero carbon – it’s now in legislation that we should achieve net zero or virtually net zero by 2050. The challenge is the speed at which we get there, and the consensus is that we've really got to halve our emissions by 2030.

The problem in the construction industry has always been the inertia - the industry just didn't want to change. In 2006, we set out a roadmap to zero carbon with the Code for Sustainable Homes – and then many in the industry spent more time fighting and lobbying against it than working out how to deliver it. So, it was scrapped.

One of the threats is that we go through this again with the Future Homes Standard. No-one knows exactly what it will look like and there’s a danger it could be watered down, especially in light of the current Covid pandemic crisis.

There are two responses I can see happening – one is that we see the pandemic as a wake-up call and realise that we were already in a crisis, a much bigger one that was happening more slowly. And we could recognise that the current situation shows we can do things differently if we want to.

Or it’s equally possible that the industry turns around and says: “we’ve already spent too much money getting through this” as we see aspirations abandoned and targets scrapped as they were after the financial crisis.

What role do you think tackling the skills gap has to play in changing the industry?

We’re liaising with local colleges and universities in Oxfordshire to build sustainability skills in all aspects of construction. I’d also like to see subjects like airtightness and eco-building materials on courses.

But, in my experience, it's not just a skills gap – it's a care gap. The sort of things that we need people to learn can be done fairly quickly; you don’t have to be highly skilled to make a building airtight, you've just got to be methodical and care about what you're doing. And I think one of the sad things in the construction industry is that there's an awful lot of very highly skilled people who don’t really care.

Over the next few years, I predict that the people who do care about what they do will become more valuable to the industry than those with the ‘big skills.’

What’s the business case for sustainability?

It’s not as easy as saying, “if I build one house sustainably and one unsustainably, I will see a premium [for the sustainable house]”. It’s a journey – people buy into companies with strong values. If you consistently deliver your strong values and communicate what you’re doing and why you’re doing it, it doesn’t necessarily result in a higher price or a high profit, but it does make you a more resilient business in times of crisis.

And the last 18 months have been challenging for the construction industry. But despite this, Greencore saw a big shift with people coming to look at what we were doing and considering our properties. Even if being sustainable doesn’t generate additional profit, it can help ride out the peaks and troughs of the market.

We also don’t see building sustainably as costing any more than building to ordinary standards, so why wouldn’t you do it? There’s a change coming. You can either embrace that change and learn as quickly as you can to be a part of it, or you risk being left behind.

It's common sense that we need to be constructing buildings for the future, not clinging on to the past.

It makes us think about the whole spectrum of sustainability. People like me and my colleagues, with our scientific and engineering backgrounds, tend to be focused on the energy and carbon elements. We can easily overlook some of the softer elements like health, wellbeing and creating community.

Working with Bioregional and using the One Planet Living framework helps us keep a balance and build places where people want to live and can enjoy happy, healthy lives. We've learned a lot from the process.

Does the ‘softer’ side of sustainability appeal to homeowners?

It does to some, and I think the number is increasing. When Ssassy Property acquired the site for Springfield Meadows in November 2018, the advice about marketing was that sustainability was only fourth or fifth on people’s list of priorities.

But then 2019 saw the “Greta effect”, which was amazing. Within six months of Ssassy acquiring the site and starting work, things had completely shifted. People were coming to the scheme because of its emphasis on sustainability and One Planet Living. There's a massive shift going on. I hope that shift continues.

What one thing would you like the sector to do to show leadership in sustainability?

I would like to see planning consent only given to schemes with high sustainability aspirations – this could include aiming to be a One Planet Living community, PassivHaus or zero-carbon scheme.

Currently, it is significantly more difficult to get consent for a development like ours because the system is set up for rubber-stamping conventional, mediocre schemes. Why are we building rubbish houses that are going to need upgrading in the next few years?

This could be done through legislation, which unfortunately is painfully slow, or we could be more innovative. I’m lobbying local authorities in Oxfordshire to use the Community Infrastructure Levy as a tool. This is a flat fee based on a square metre rate that local authorities charge to fund local infrastructure.

If zero-carbon and PassivHaus schemes were exempt and conventional buildings paid a slightly higher rate to balance the numbers, I think that would be enough of an incentive for developers to wake up and make a change. This is relatively simple and within the control of local authorities

Learn more about you can use One Planet Living to create better, more sustainable communities.

Contact us to find out how we can help you use One Planet Living to create better, more sustainable communities 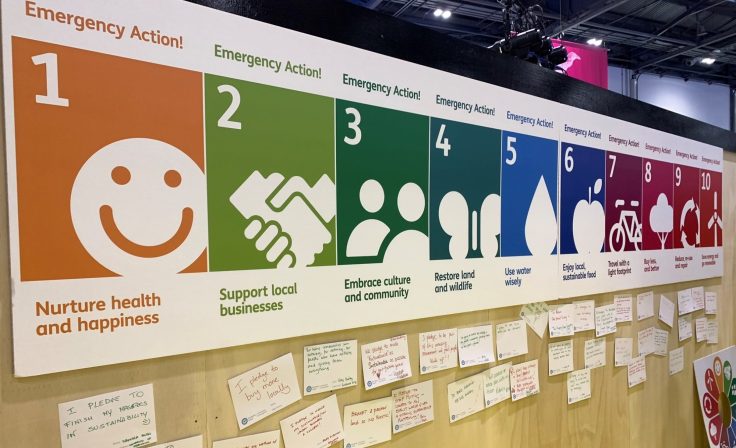 10 emergency actions for the built environment

At this year's Futurebuild, we shared how attendees could #ActNow on the climate and ecological emergency. Here are our 10 tried-and-tested tips for creating a better, more sustainable built environment for people and planet 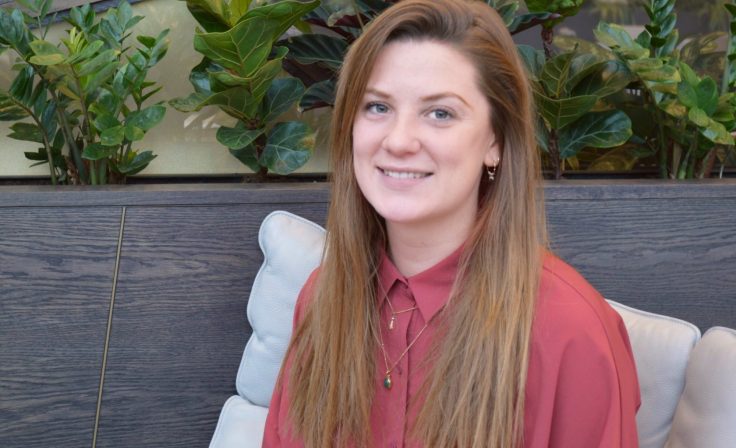 In the second of our sustainable places series, Alexia Laird from Landsec talks about the benefits of sustainable design, how One Planet Living can help and what true sustainable leadership looks like 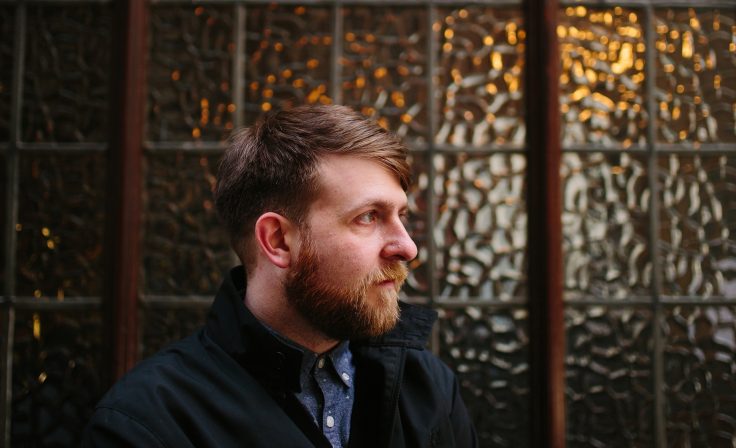 In the first of our sustainable places Q&A series, Dave Lomax from Waugh Thistleton talks football, fallibility and finding a more place-specific approach to sustainability